Looking for something creative and fun to do with the kids this Easter Weekend? Well, look no further, as we’ve put together a collection of illusions for kids of all ages to try.

Let’s start with a nice and simple one, creating a 3d bunny.  All you will need is a piece of paper (plain or lined), a pencil, marker pen of your choice and an eraser. 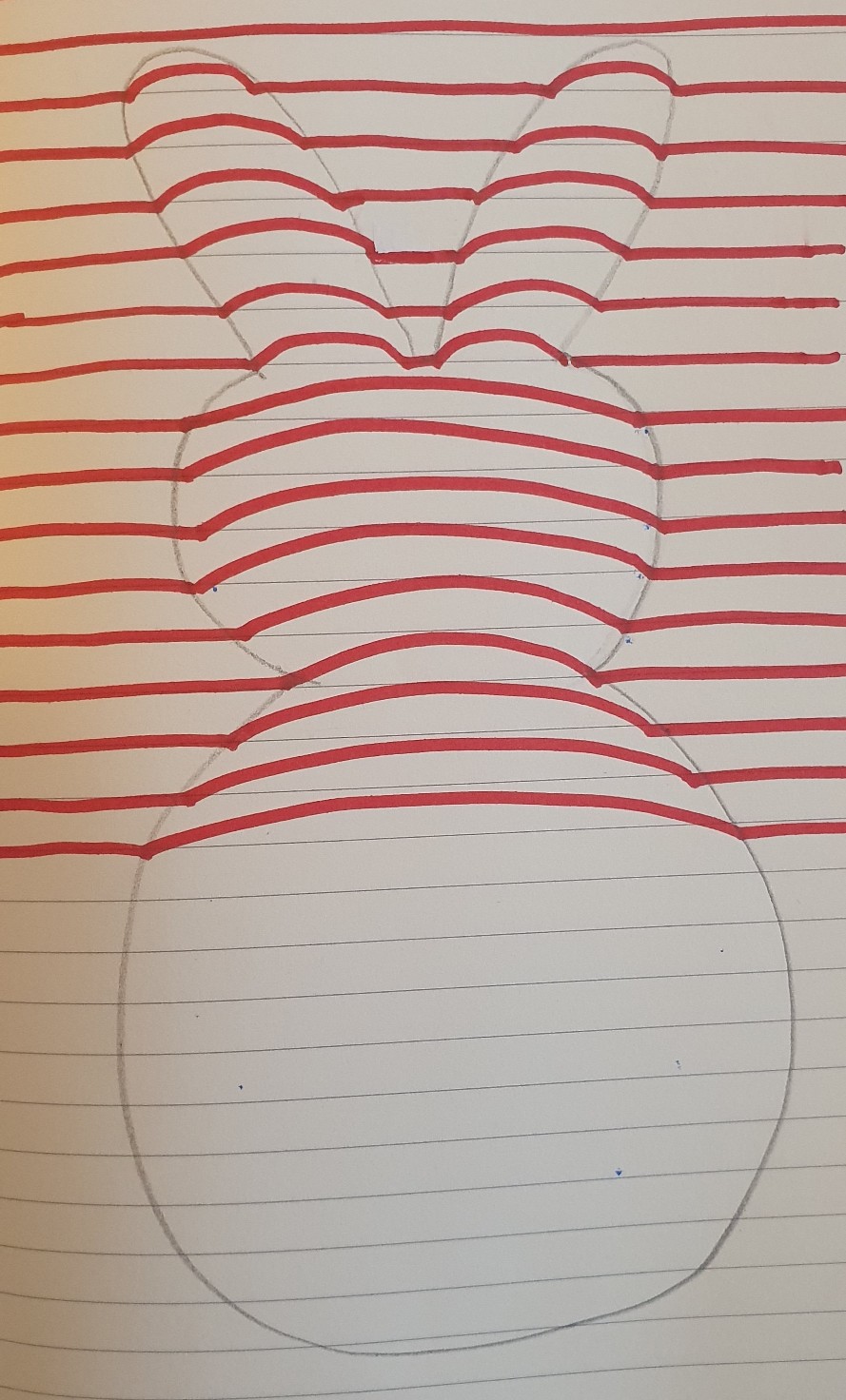 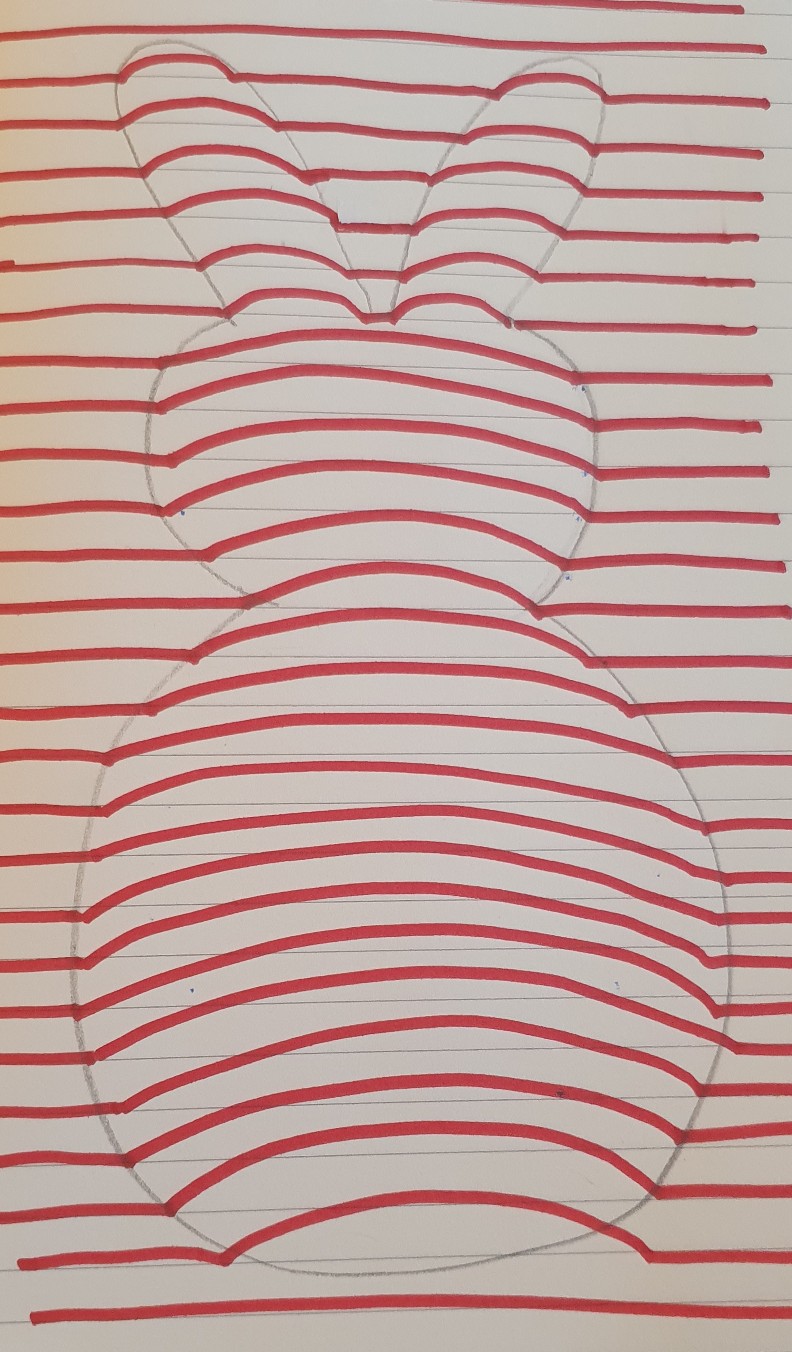 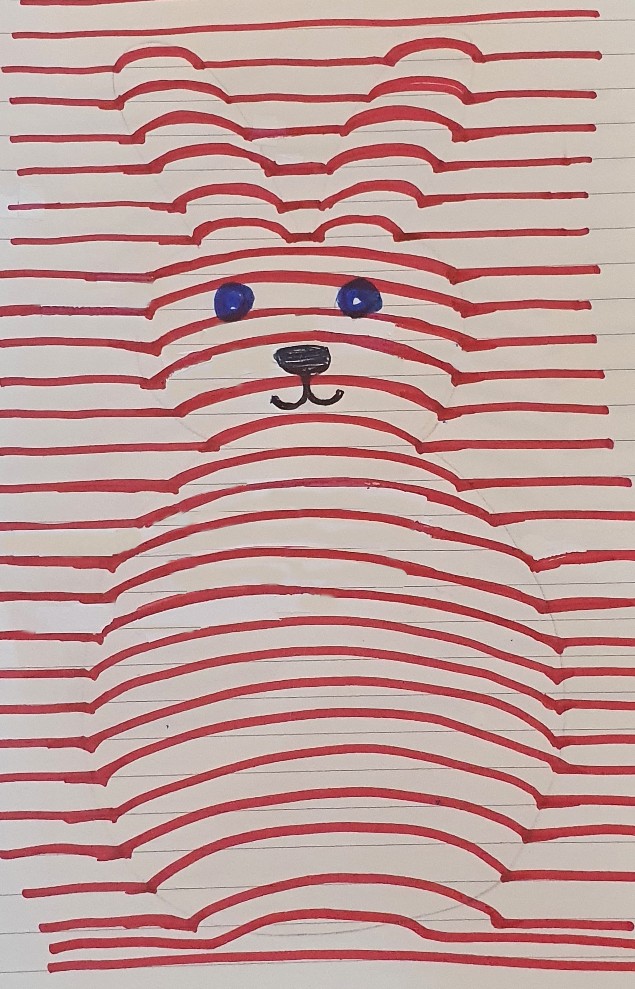 You could even try it with a different Easter shape, like an egg! 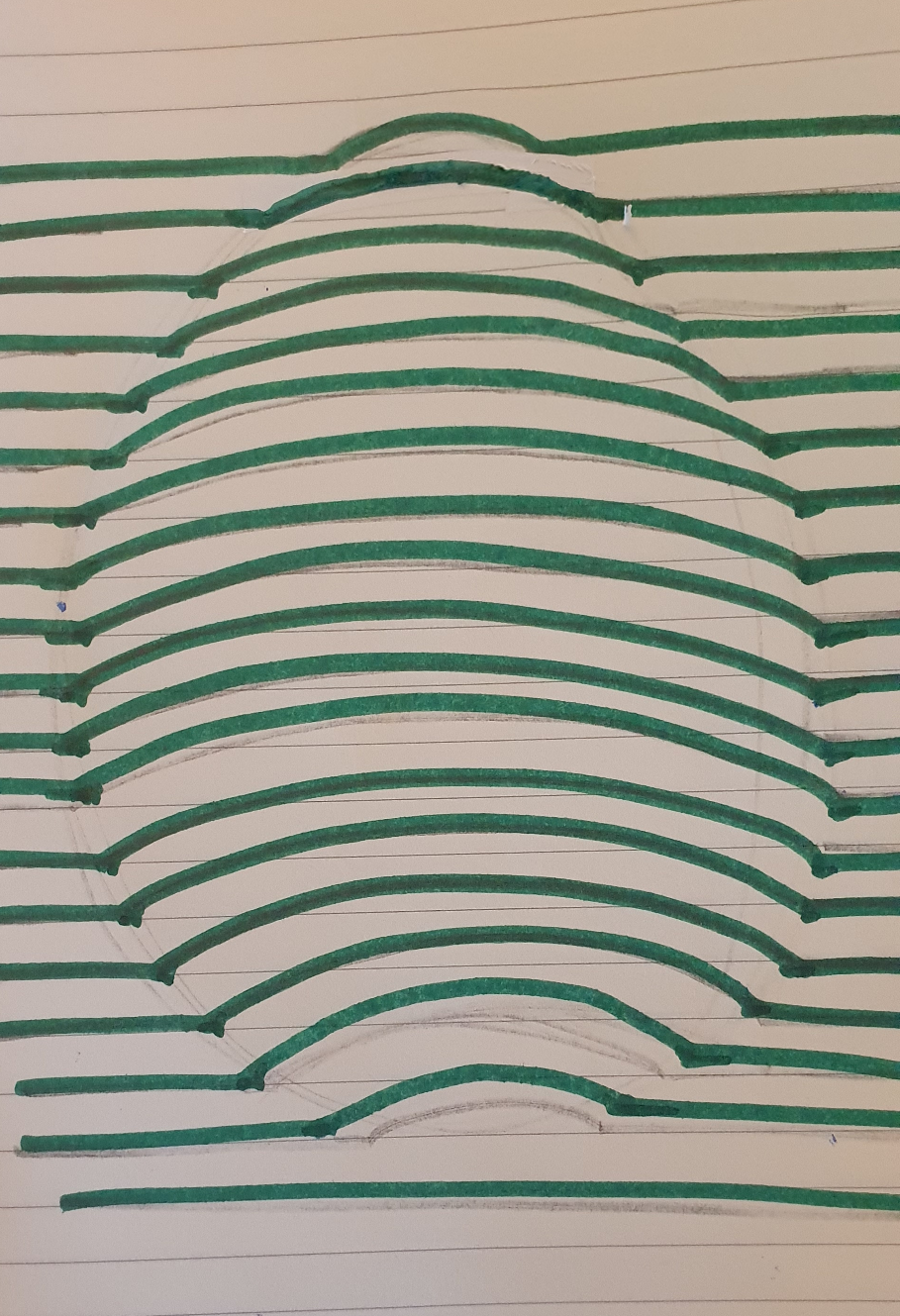 This illusion is like the first one but a little bit harder. You will need the same items as the one above with the addition of a ruler.

1. Start this one by drawing a vertical and horizontal line in the centre of your page, then draw a large oval

2. Then add vertical and horizontal lines around your oval/egg

3A and B. Add curved horizontal and vertical lines within the egg to meet with the lines around the outside

4. Colour in every other square in the background

5. Then colour in every other square within the egg, and you’re done! 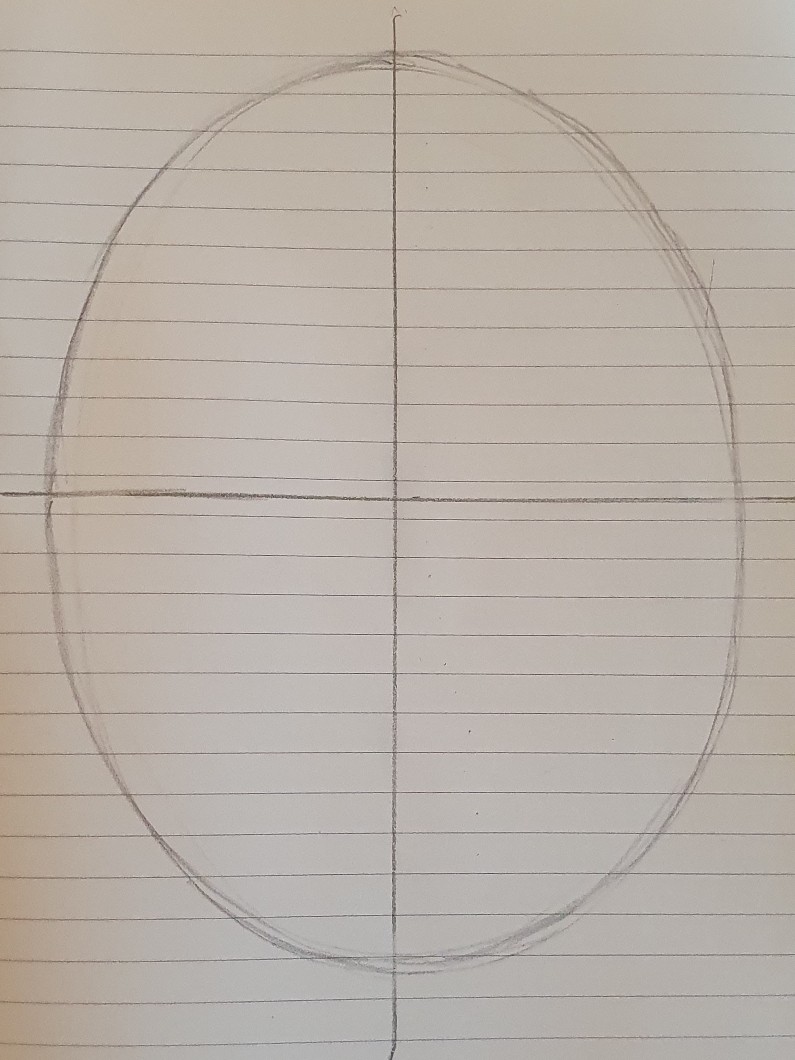 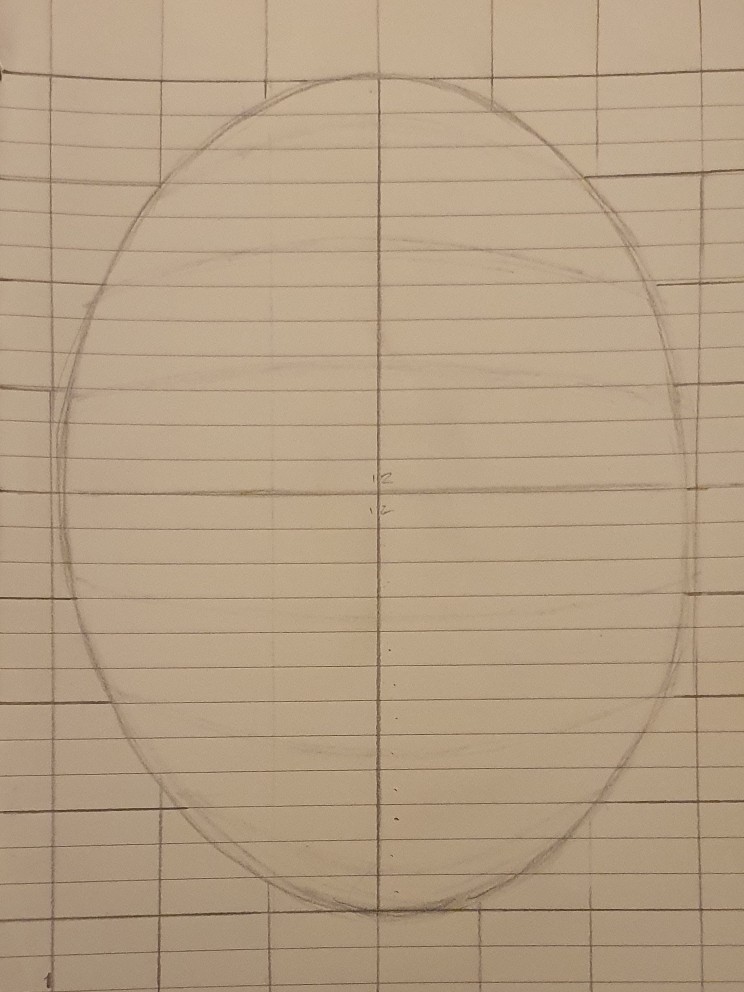 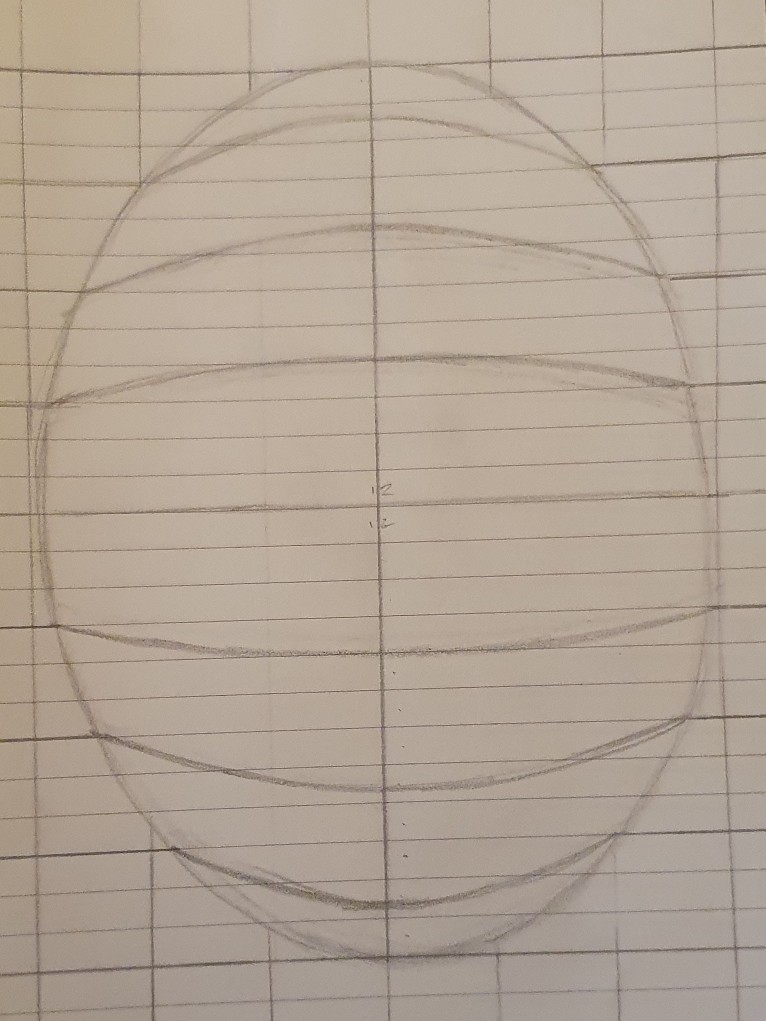 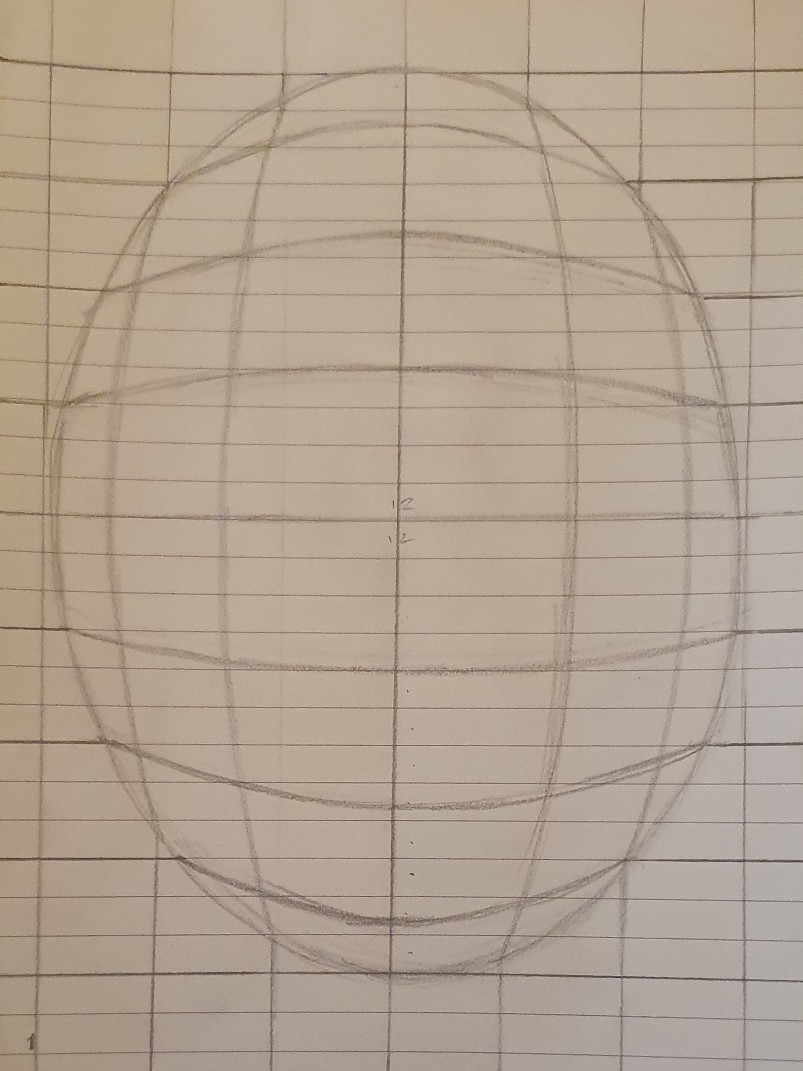 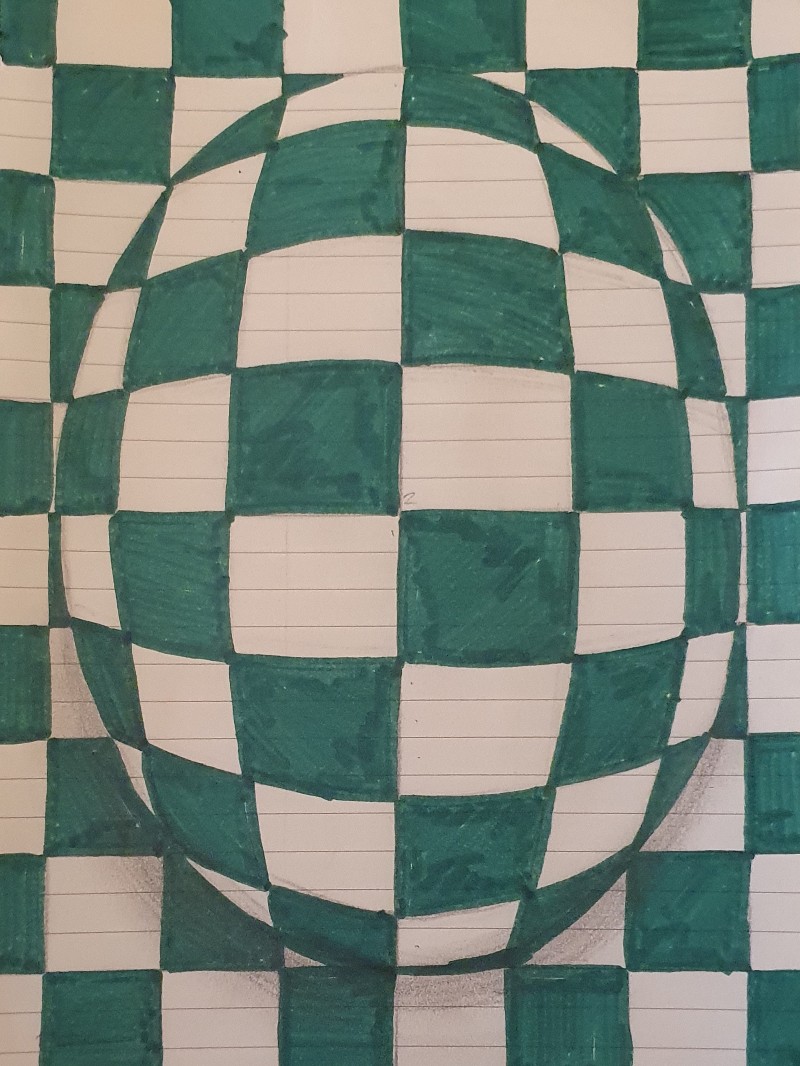 If you want to carry on and colour in the other squares, that will add more contrast and adding a bit of extra shading to the bottom of your egg makes it appear even more 3D. 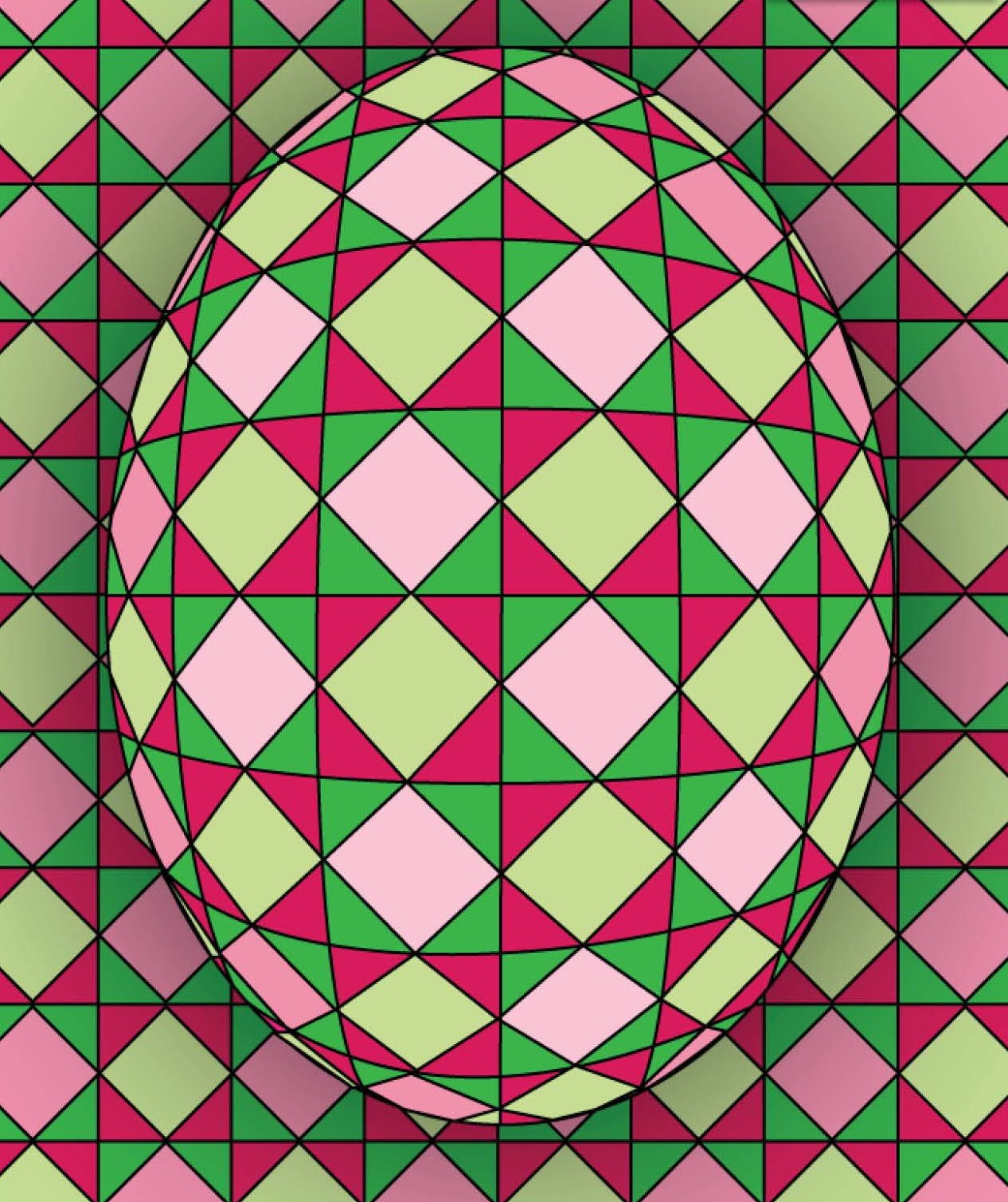 Chick in an egg!

This next optical illusion lets you turn two pictures into one!

You will need a piece of white card, pencils or colouring pens, something that will work as your spinner (pen, pencil, straw etc.), scissors and glue or sellotape. 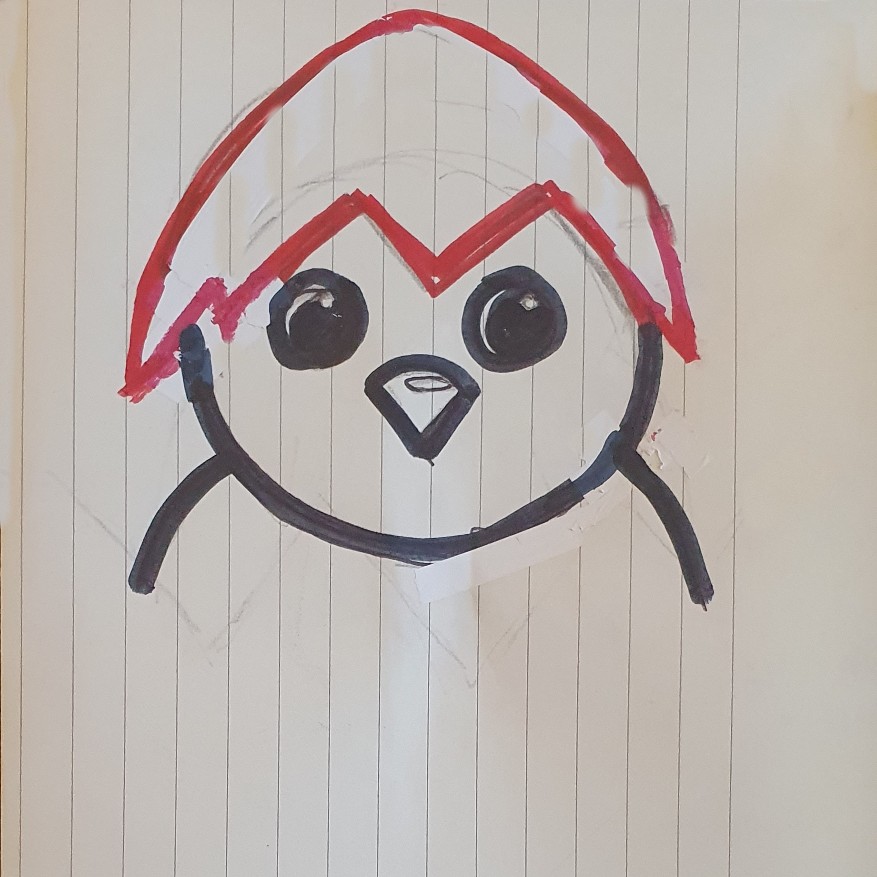 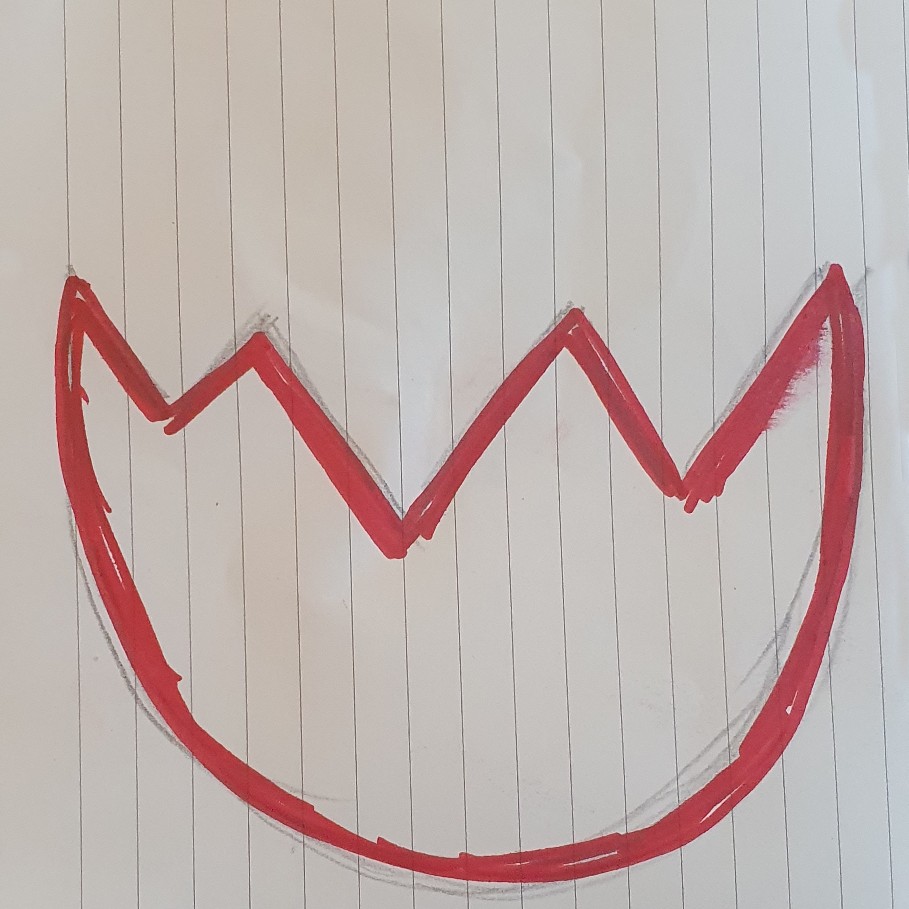 The two pictures need to be on the separate squares of the card so that when attached around your spinner, they will appear as one picture when spun. It can be a bit tricky to get the alignment right, so keep it simple.

When you spin the pencil, your brain sees one image first and then the second image before it finishes processing the first, so you see two images at the same time. This effect is called persistence of vision.

The Bunny that follows you

This next illusion is a real mind-bender, and we have made a template for you to colour, cut out and create. Though usually a dragon, we have specially created a cute bunny template for you to try out for Easter. This illusion seems to turn its head and follow you as you move across the room. 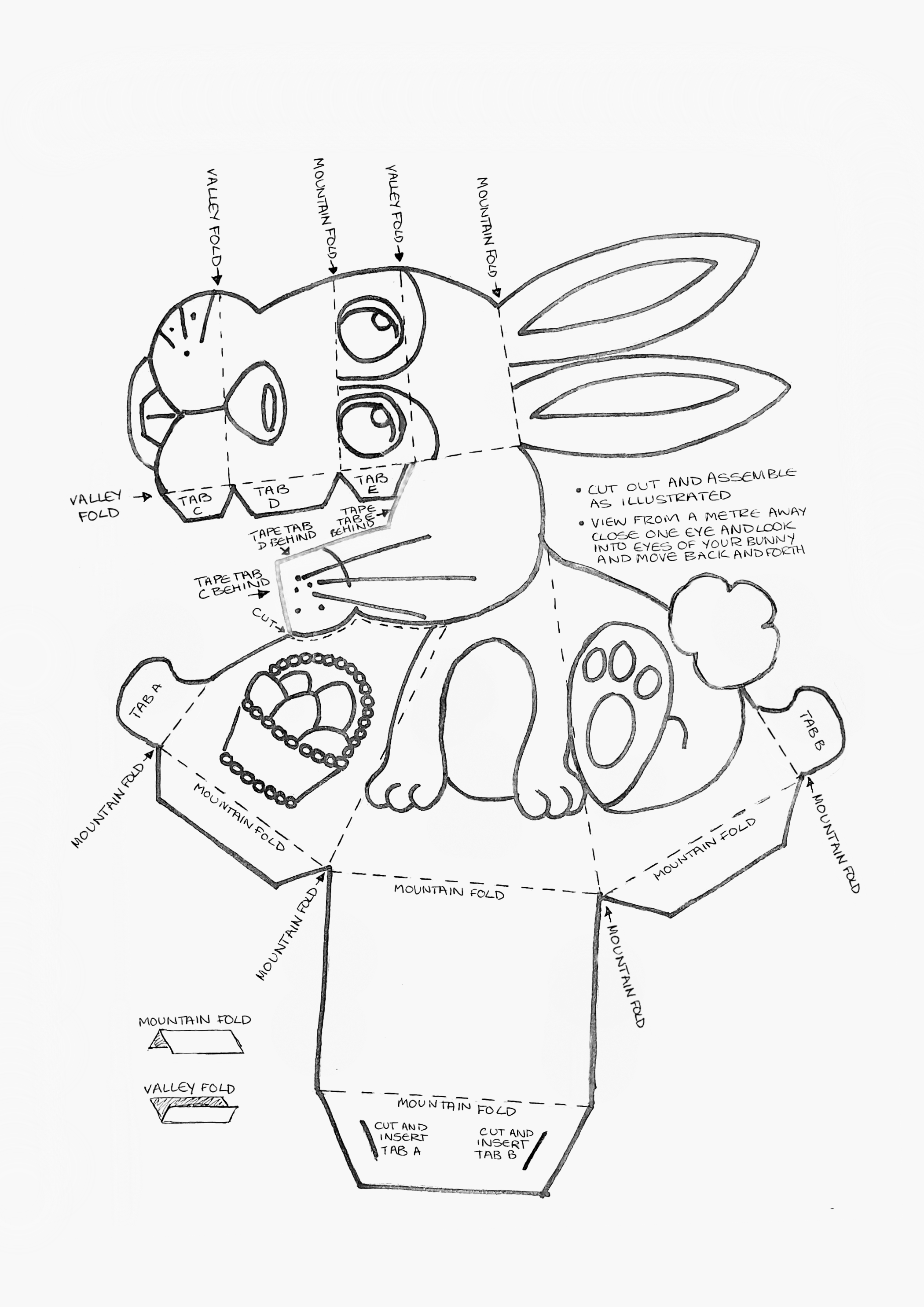 The key to how this illusion works is how your brain perceives perspective, specifically convex and concave shapes, coupled with its ability to recognise face patterns (pareidolia) 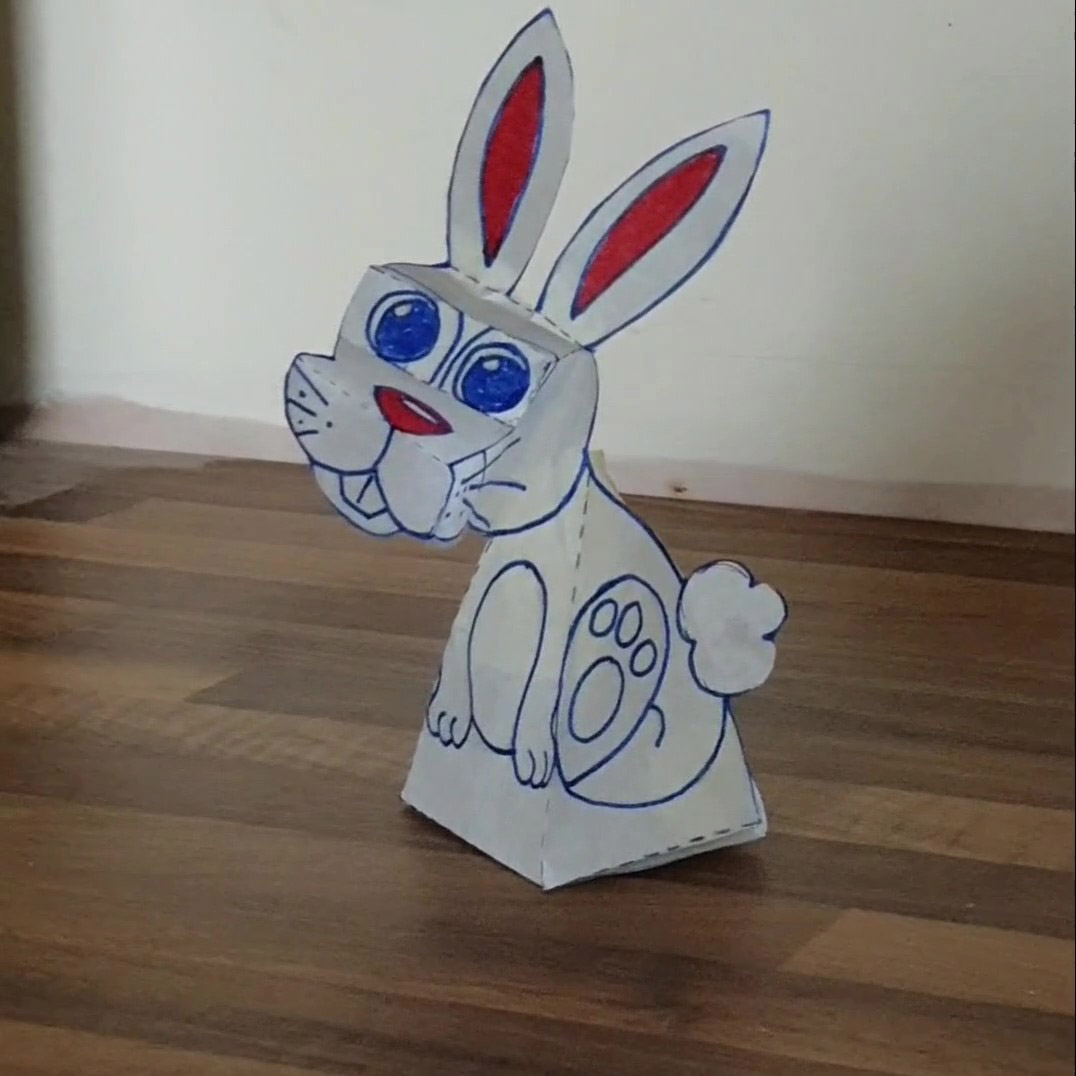 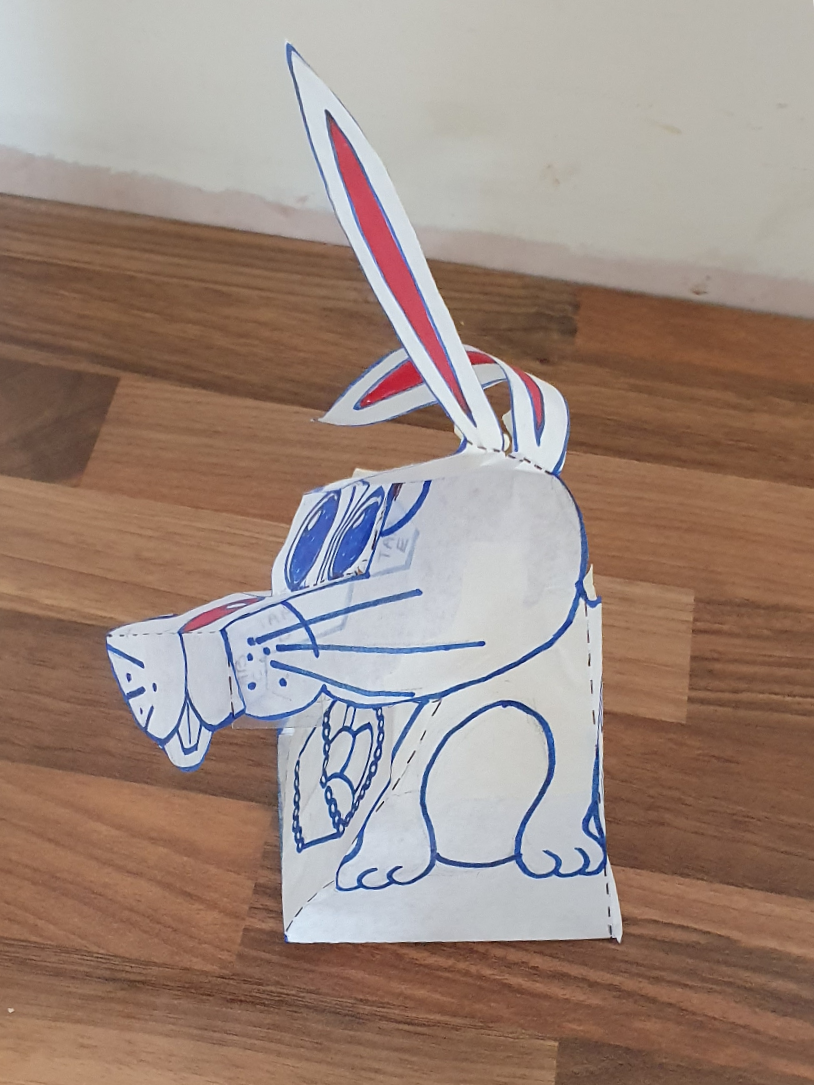 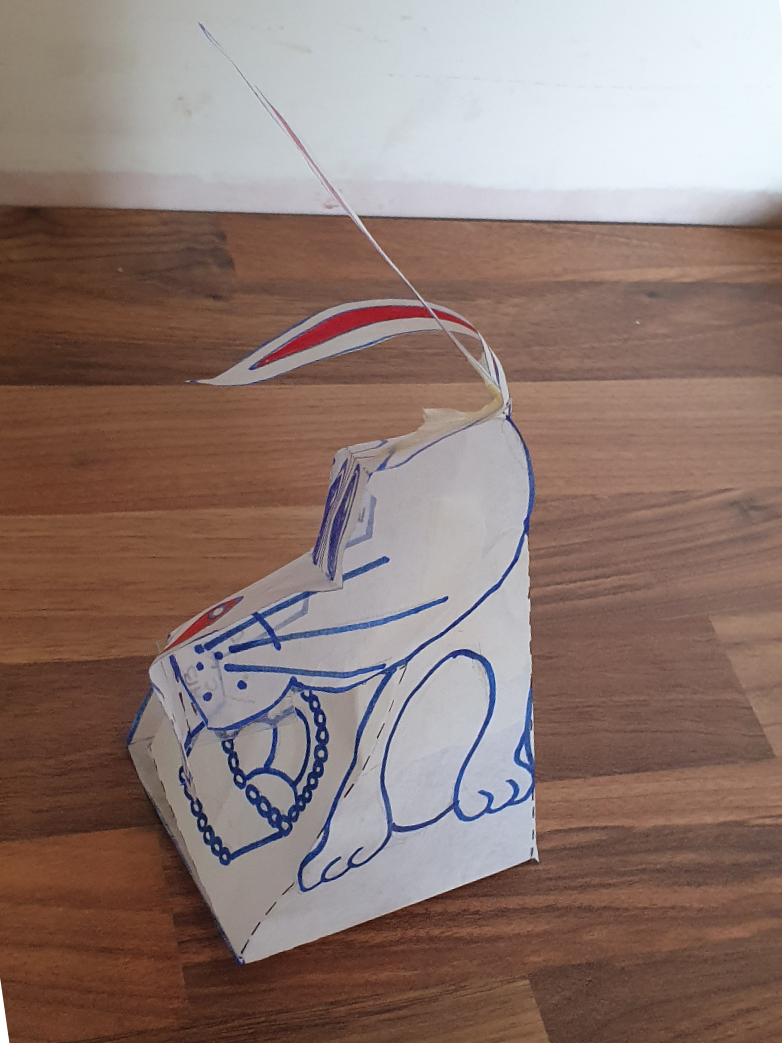 With this illusion, the face is concave, meaning the sides of the head curve towards you from the centre. As this is a contradiction to the way you would normally see a face, your brain attempts to correct it by trying to make the face the right way round, causing the illusion that the face turns as you move.

What to do in Edinburgh?