Little is known about our illustrious founder Maria Theresa Short, but the life and times of her successor, Sir Patrick Geddes, are well-documented. Geddes was an ecologist, biologist and sociologist, who is also known as the founder of modern-day town planning. We hope you’re sitting comfortably; we’re going to explore the life of Sir Patrick Geddes and his connection to Camera Obscura & World of Illusions.

Sir Patrick Geddes was born in 1854 in Ballater, Aberdeenshire, but grew up and spent his childhood years in Perth beside the River Tay. He loved nature and spent hours and hours botanising on Kinnoull Hill. His exploration of the Perthshire countryside was the catalyst that started his love of the natural world.

Geddes later studied botany at Edinburgh University, but this only lasted a week! He disliked the formal teaching of a study that he had already become familiar with, so he instead chose to study botany and zoology with different mentors in London, including Thomas Henry Huxley, a contemporary and friend of Charles Darwin. His studies took him to many places, including France where he saw the aftermath of war and began thinking about the effect of living conditions. Here, he was also influenced by the French sociologist Le Play.

In 1879, Geddes took part in a research expedition to Mexico to collect biological specimens, but whilst there, he suffered from a bout of temporary blindness. This meant that he could no longer study using a microscope. This was a very formative time for Geddes; lack of vision led him to look inwardly and he started to think about sociological ideas through something he called a “Thinking Machine”, which we might call a mind map. 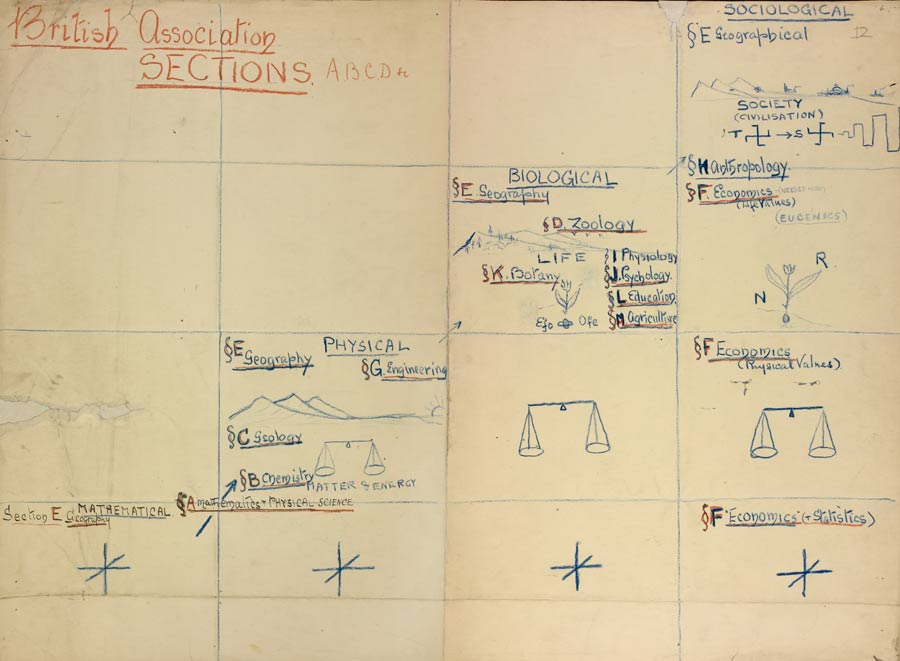 In 1880, Geddes was appointed Assistant in Practical Botany at Edinburgh University and as his sight gradually returned, he spent a couple of hours a day studying. He also joined one of the local groups who were trying to improve slum conditions in Edinburgh at the time and this is where he met his wife, Anna, who he married in 1886.

Now, let’s take a look at the city as a whole towards the end of the 1800’s. The Edinburgh New Town was the up and coming place to be with new houses being built, wide streets and grid-like neatness. It had been helping Edinburgh become a desirable city for the wealthy since the early 1800s and by the end of the 19th century, it had helped Edinburgh become a popular tourist destination, dubbed the “Athens of the North”. The Old Town on the other hand was completely neglected and a very visible divide between the two parts of the city couldn’t go unnoticed.

In 1886, Sir Patrick Geddes did something that no other wealthy member of society at the time would have dreamt of, he and his wife purchased a group of James Court tenement flats right in the heart of the Old Town! This became one of Geddes’ projects - he believed that by changing a society’s surroundings, it was possible to change the structure and behaviour of that society.

Along with architects Stewart Henbest Capper and Sydney Mitchell, Geddes supervised the buildings’ reconstruction and refurbishments. They knocked down walls, widened alleys to make courtyards and planted gardens, letting in air and light. They painted the walls and added turrets making the buildings unavoidable to see from the New Town. These buildings are still a very prominent feature of the Old Town skyline today and you might recognise them as Ramsay Garden. 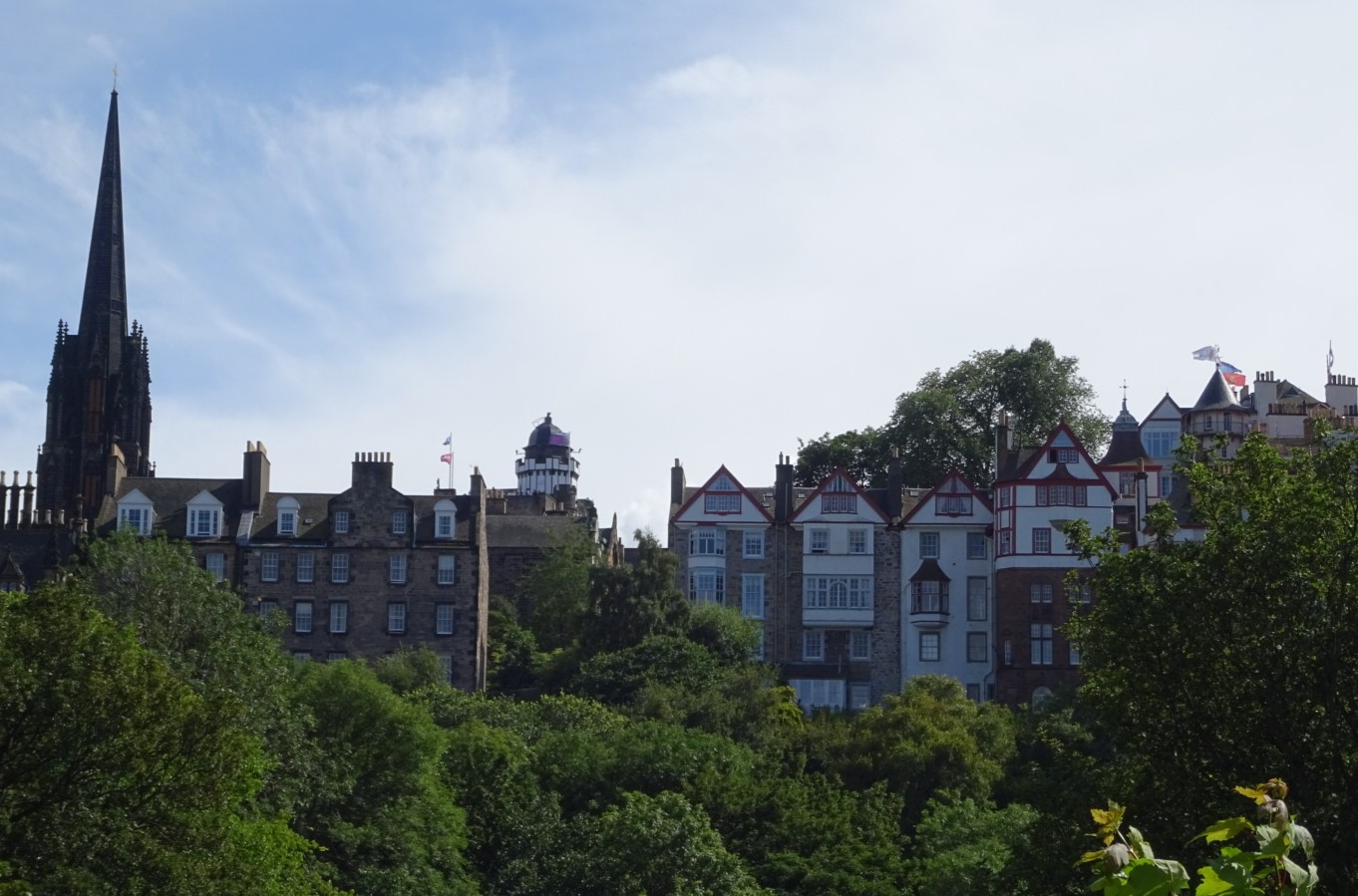 After completing Ramsay Gardens, Geddes was able to replicate his success all over Old Town, applying his ideas about bringing natural light, air and nature into other buildings and creating gardens in disused spaces throughout the Old Town. Over time, the wealthy moved back to this part of the city.

Another one of Geddes’ projects was the “Outlook Tower”, or as you know it today, Camera Obscura & World of Illusions. When Geddes acquired the building at public auction in 1892, he renamed it because he wanted to change people’s outlook. When taking tours, Geddes would first rush people all the way to the top to see the Camera Obscura. Geddes used the Camera to show them life as a whole and the interaction between town and country.

In the foyer outside the Camera Obscura were different coloured stained-glass windows with subjects such as ‘botany’ and ’zoology’. Geddes wanted to stop people seeing life only through their own interest (symbolised as the one colour), but to grasp the wholeness and interdependency of life. The Camera Obscura showed the reality - all colours together. After seeing the Camera Obscura visitors sat in a darkened meditation room (the inlook room) to internalise what they had learned. Then visitors went down through the building, descending through the Edinburgh Room and exhibitions about Scotland, Empire, Europe and finally the World. 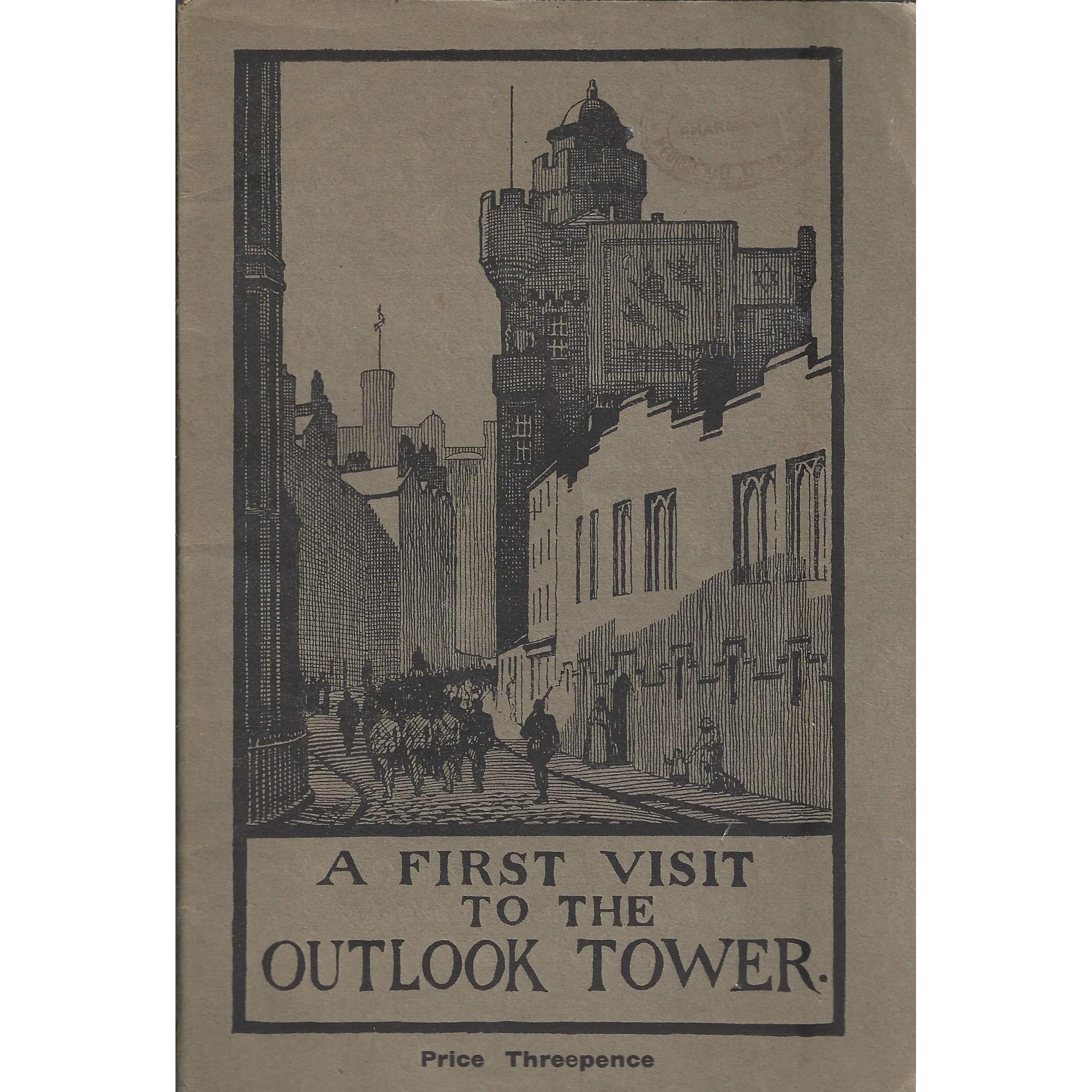 Later, Geddes went to India and the building was acquired by Edinburgh University before we took over in 1977. His ideas however, still live on and his influence can be seen throughout Edinburgh. If you want to discover more of the Old Town through the eyes of Geddes, then why not follow the Patrick Geddes Heritage Trail which can be found here.

Ready to Reopen Wednesday 15 July 10am