Lord of the Rings. Willy Wonka and the Chocolate Factory. Camera Obscura & World of Illusions. What do these things all have in common? Aside from being a great way to spend your day, they all use Ames rooms!

But what is an Ames room? It’s a room that is built with both the floor and ceiling at an angle, which creates an illusion using forced perspective and distortion that tricks your eye into thinking both sides of the room are the same. So if, for example, two people stand on either side of the room one will appear very tall and one will appear very small.

In the Lord of the Rings trilogy, this trick is used to make the hobbits appear smaller than their ‘human’ counterparts. In the 1971 film Willy Wonka and the Chocolate Factory, this trick is used a little differently. Instead of making someone seem very small, it’s used to create a false sense of distance between one end of a corridor and another (you can see this at work specifically in the scene where they are entering the chocolate room from the lobby). 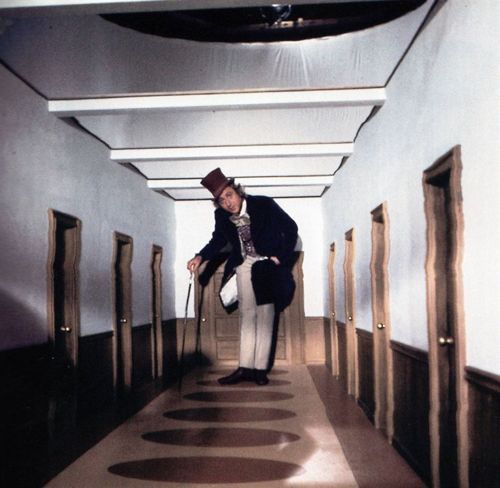 Our Ames Room is a great way for you to amaze and entertain both yourself and your loved ones. It’s a prime place to get an enviable shot for the ‘gram or goof around with your friends.

Next time you’re in town, make sure to check it out!